A Tail of Two Pork Butts 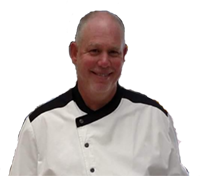 Pork butt or shoulder is low cost, a very forgiving cut, and easy to prepare in a number of different ways, all of them wonderful. This cut is often made into steaks, a sliced roast, or chopped, but shredded (or “pulled”) is the most popular. Pulled pork is flavorful, silky, tender, and delicious. There are two cuts that are somewhat interchangeable, the upper and lower shoulder, or “butts” and “picnic shoulder”. The butt is usually a bit leaner, but both have plenty of fat and collagen that render into delicious silky juices. 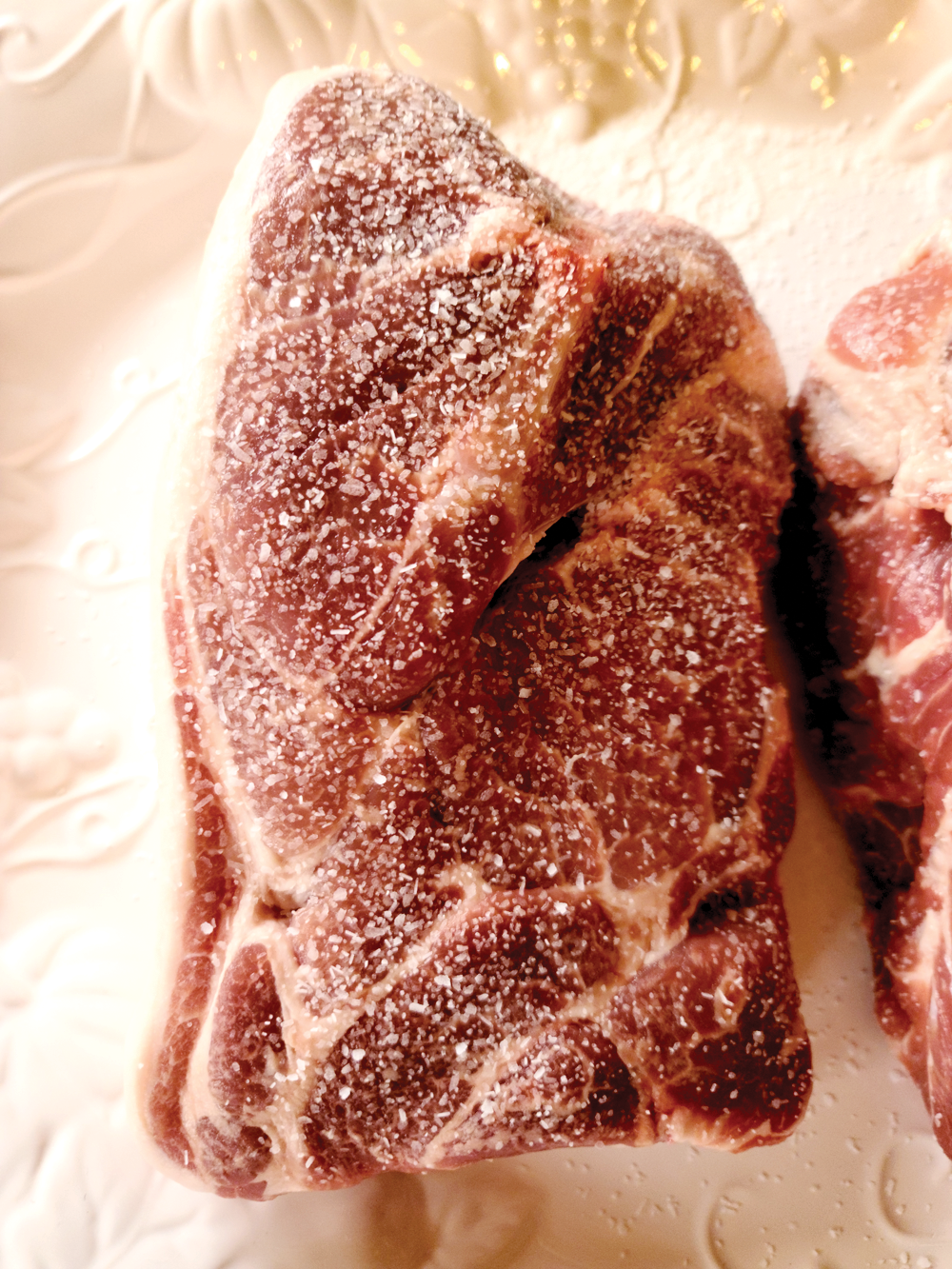 I prefer to work with bone-in meat for several reasons. One, there is no need for a net or string wrapping. Nets in particular make it difficult to work with when done, but more importantly, they interfere with building and keeping great bark. Two, removing the bone creates thin edges that dry out when exposed to the grill environment. Three, the bone makes it super easy to tell when the meat is done for pulling. If the bone comes out of the meat with a slight tug, the meat is ready for pulling. The bone does not contribute any extra flavor, so don’t worry about that if you can only find boneless butts.

For pulled pork, I use 205ºF as my target temperature. When the Internal Temperature (IT) of the meat reaches 205ºF, give the bone a tug. If it comes out, rest for an hour or more and the meat is ready for pulling. If I want a firmer texture, I will remove the meat from the grill at 195º IT, rest, then chop. If you will be slicing the roast, cook to 185ºF. Collagen starts to break down at 180ºF and above, and that’s what tenderizes the otherwise tough shoulder meat. Below 180ºF it takes approximately forever. 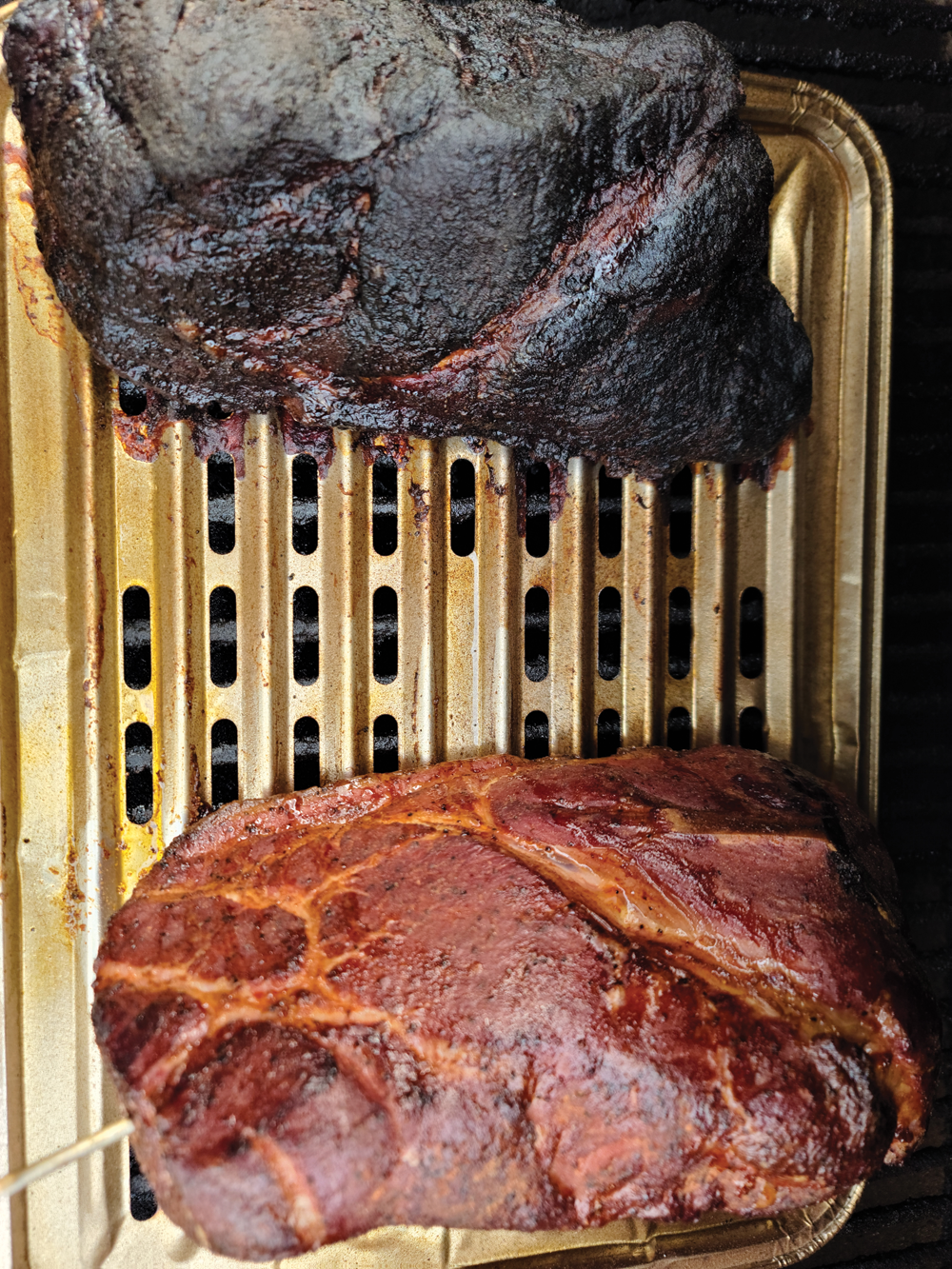 To prepare the meat, we sprinkled Kosher salt over all surfaces and let it rest covered overnight in the fridge. This is called dry brining. Apply the same amount of salt as you would to season it at the table. Salt will initially pull 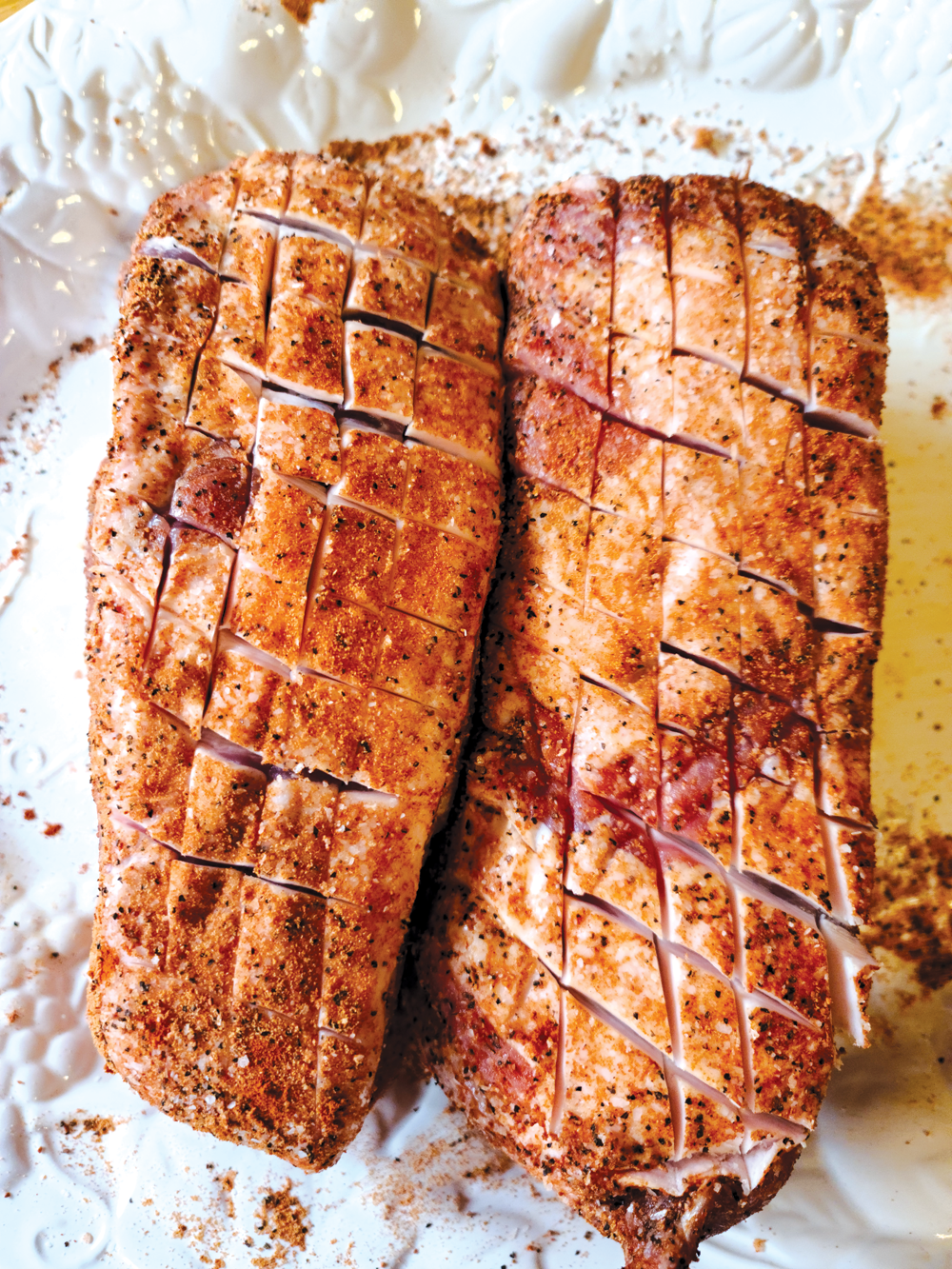 moisture out of the meat, but when rested for an hour or more, the moisture will be drawn back into the meat, along with the salt. This will help the meat hold its moisture through the cook. At any time after the salt is applied, you can apply the rest of the seasonings. We used black pepper, garlic granules and paprika in equal parts. There is no need for any binder other than the natural moisture in the meat.

There are a lot of variations on how to prepare pork butts, but they break down into two main groups, wrap and no-wrap. We did both here so we could compare the results.

The no-wrap butt went on the smoker, fat side down, at 180ºF at about 6:00pm. Four hours later, we set the temperature to 225ºF and left it there for the rest of the cook. It was done at about 3:00pm the following day. At that time we wrapped it in foil and it went into a Yeti cooler, preheated with very hot water, to rest. 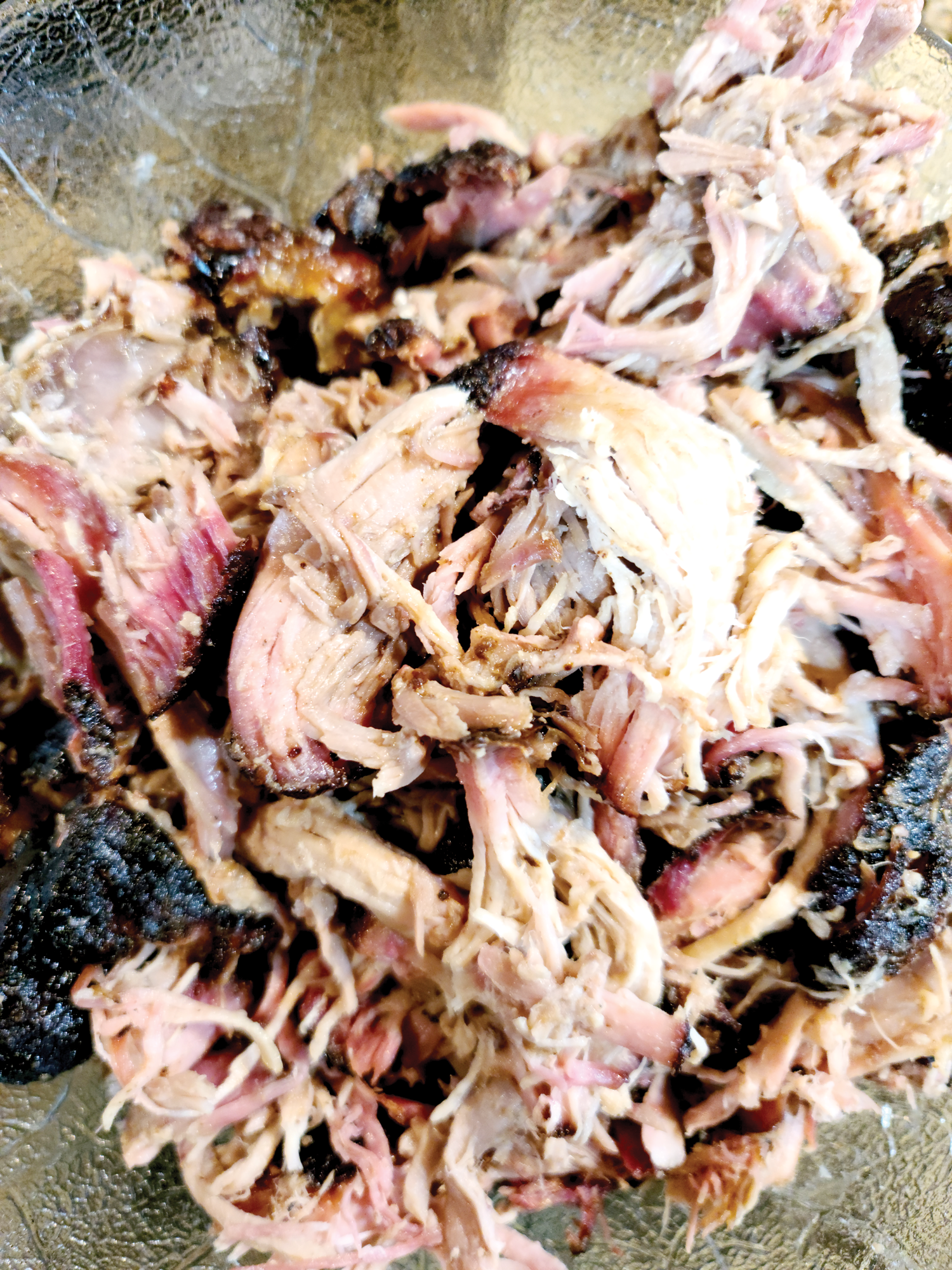 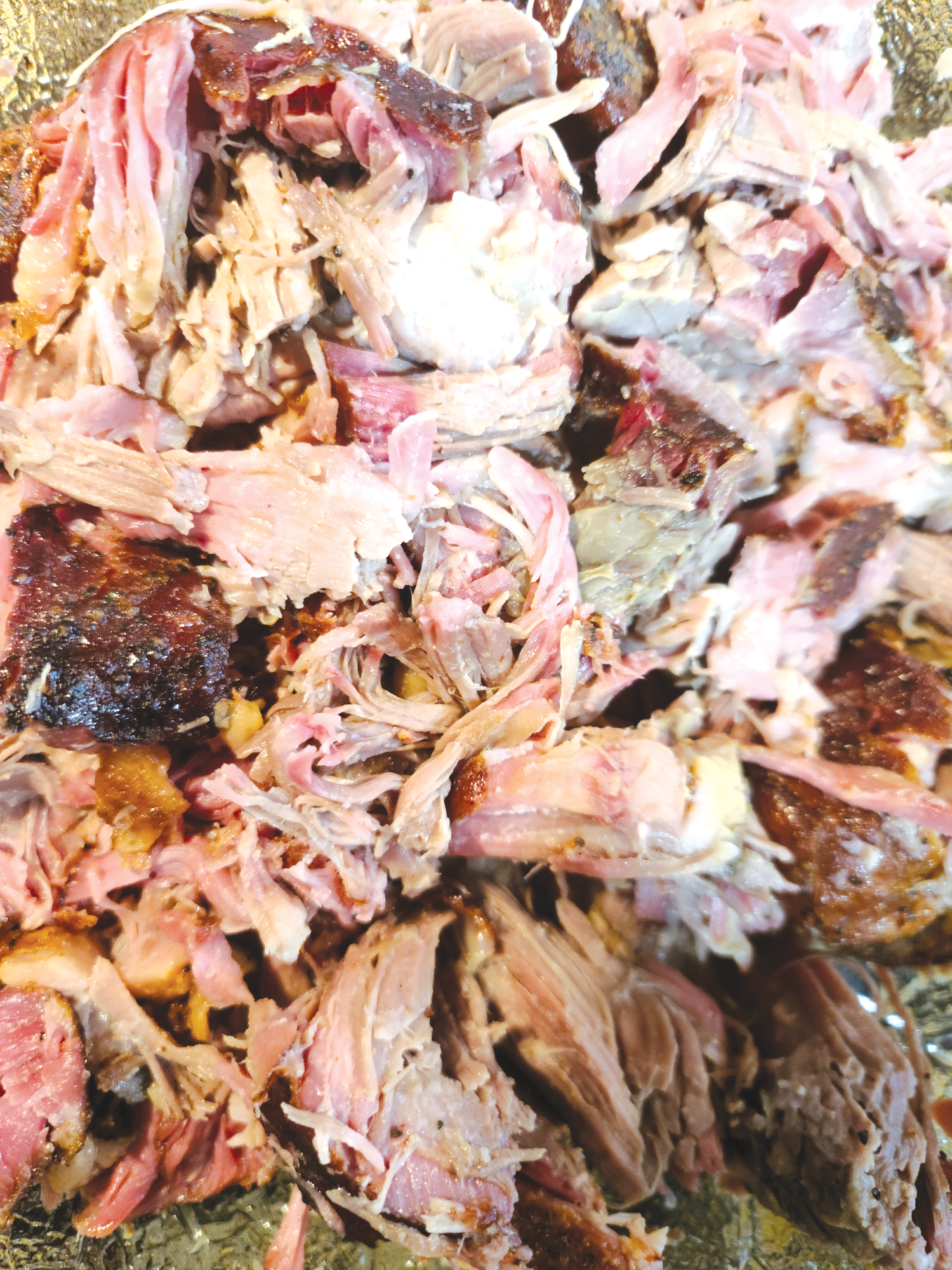 The second butt went on the grill at 9:00am. It reached an internal temperature of 160ºF at about 1:00 that afternoon. At that time, we wrapped it in aluminum foil and placed it back inside the grill. It reached our target IT of 205ºF at about 5:00pm. We removed it from the heat and put it in the cooler with the other one.

We served both at 6:00pm. We shredded them in bowls using a set of Bear Paws. Both had lots of juices in the foil and we stirred it all into the shredded meat. Opinions were mixed, with some preferring the softer texture of the wrapped meat, and some preferring the stronger smoke flavor and darker, heavier bark of the no-wrap. Both were plenty juicy. We served barbecue sauce on the side. Some guests used sauce and some ate it without, but everyone loved it.