Ham is a traditional Easter dinner for many families. Already cooked, it is easy to serve, just heat to 140ºF, slice, and serve. Today, we will spice and glaze our ham while adding more smokey deliciousness with the Traeger Wood Fired Grill.

Our glaze consists of honey, orange juice and zest and some lemon zest for additional brightness. Cloves go wonderfully with ham and we will add some ground cloves and cinnamon to the glaze, along with whole cloves inserted into the ham surface and infused over night. A teaspoon of corn starch will thicken the glaze and make it stick better so we don’t have to constantly baste trying to build up a thickness of glaze. 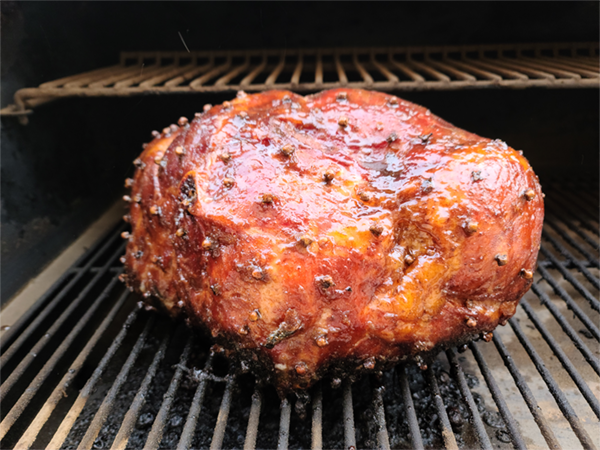 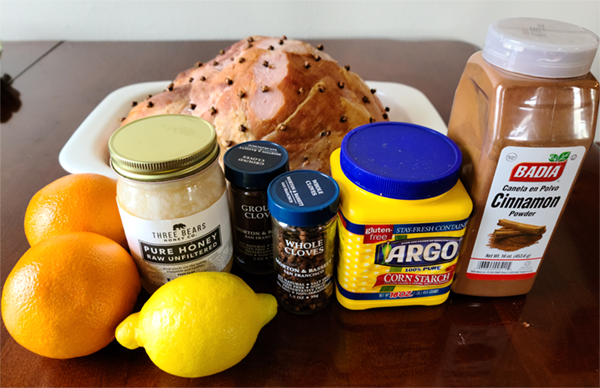 Mix the cornstarch with about 1 ounce of cold water before pouring into the mixture. Heat the glaze over medium low heat reducing by half. Allow the glaze to cool before Applying it to the cold ham with a brush. Save any extra glaze for basting.

Smoke the ham at 225ºF for about six hours, until the internal temperature is at least 140ºF in all parts. Slice and serve.