On tonight’s table is a roast leg of lamb. Smoked to 145ºF, then seared over a hot charcoal and willow fire. This process of cooking over low heat first, resting, then searing over very high heat, is known as Reverse Sear. It is the best way to produce perfectly done 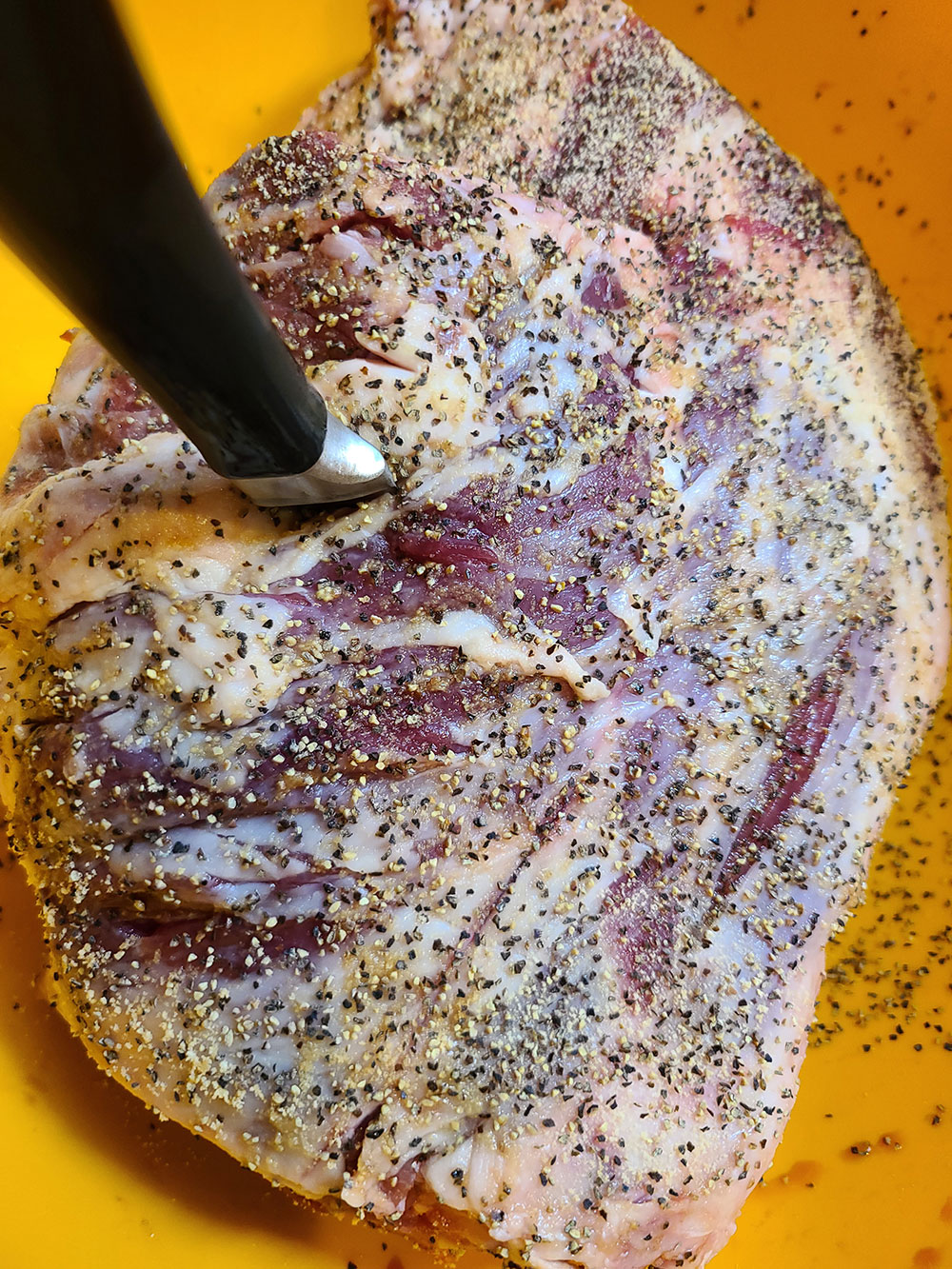 meat and a crunchy seared crust, without overcooking any meat. We explain the process more fully here.

Preparation starts with applying Kosher salt and spices to the meat surface. This is best done the night before, but you will still get good results doing the spice rub right before cooking, like we did today. Proper salting helps the meat retain moisture and it tastes good. No need to over-salt, just sprinkle it on like you would at the table. 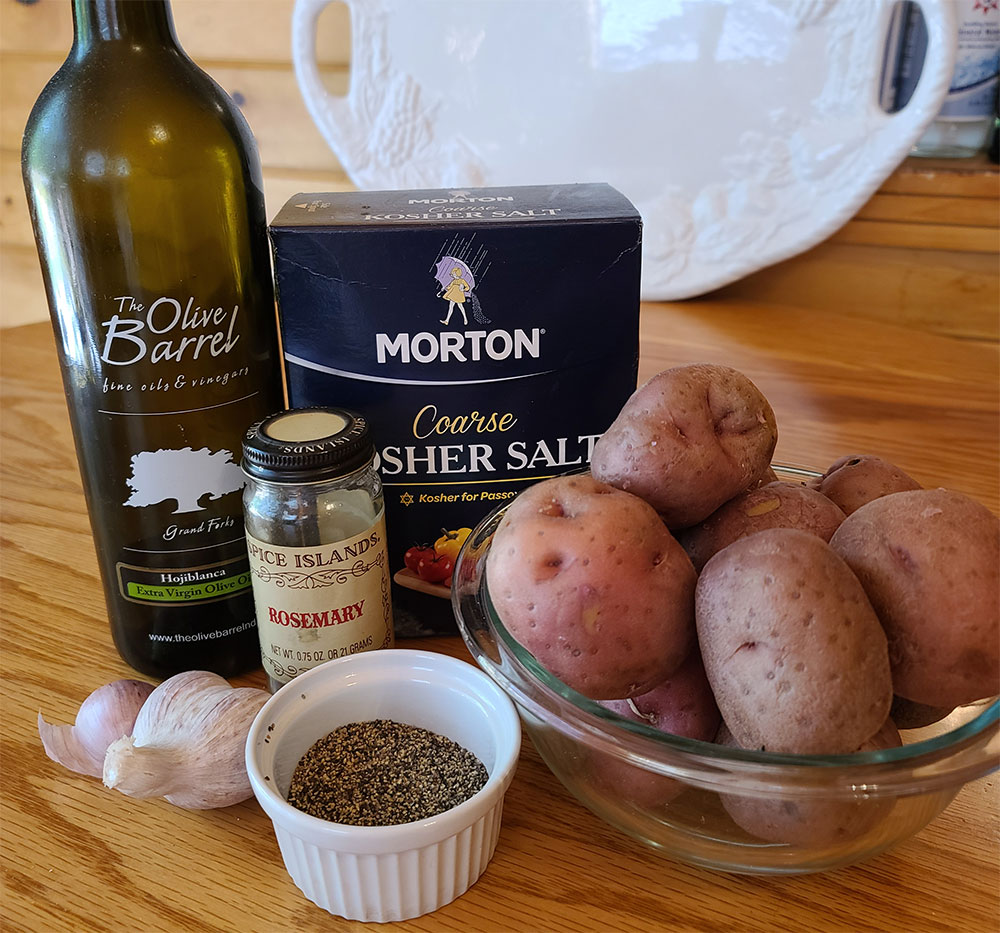 Step two is stabbing the roast like a maniac. This accomplishes a couple things. It allows oil and fat from the surface to get down inside the roast, and it also makes pockets where we can insert slivers of fresh garlic. There is a common belief that melting fat will trickle down through the meat and enhance flavor; unfortunately, this isn’t true. A few stab holes may allow a bit of fat and spices to get down inside, though. Normally, only salt will actually move through the meat, so even a little bit of spice seeping into the stab holes makes a difference.

After applying a rub of extra virgin olive oil, Kosher salt, course ground pepper, rosemary, thin garlic slices, and course garlic granules, we inserted slivers of fresh garlic into the stab holes. A few rosemary leaves in the holes is also a 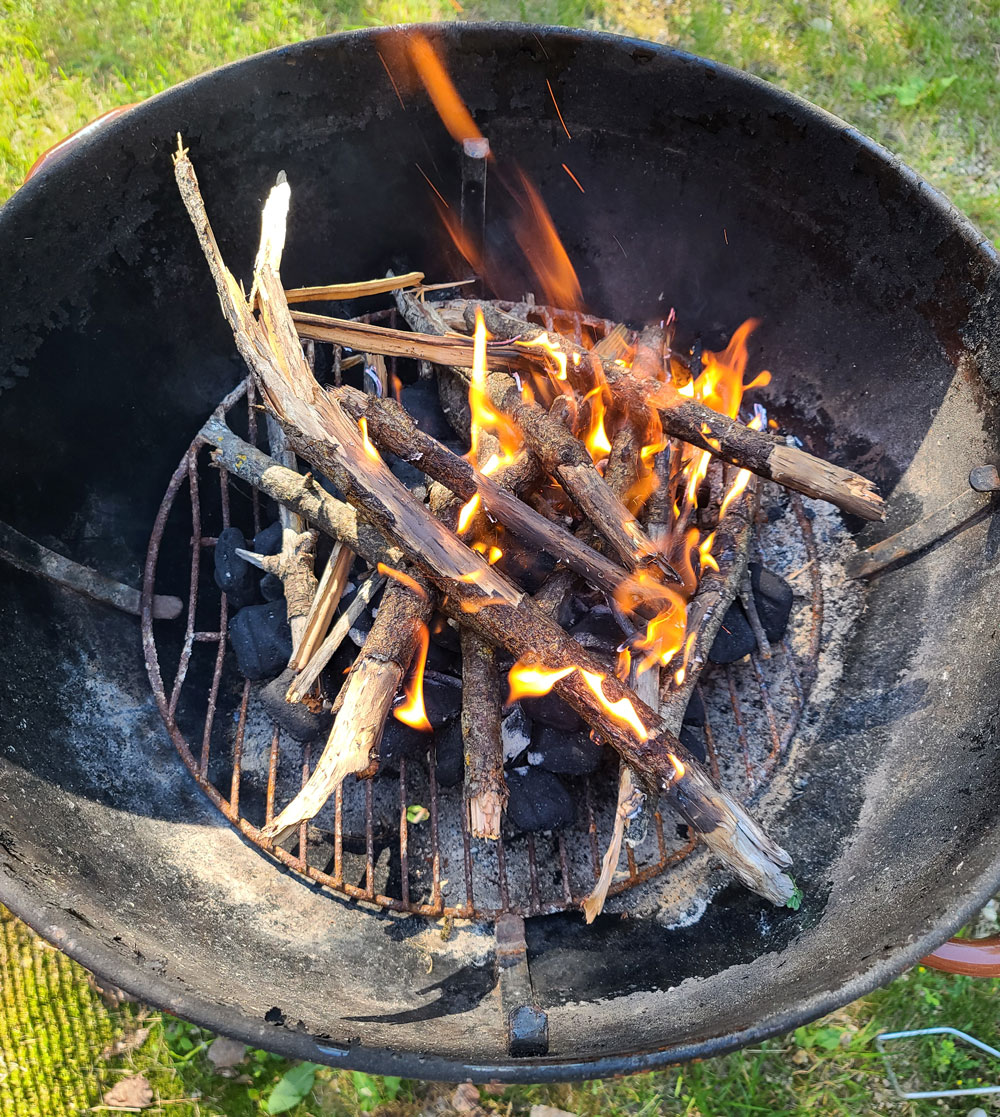 good thing. Any oil on the surface will interfere with getting smoke flavor into the meat, so we normally avoid it. However, the large size of rosemary leaves make some additional binder desirable. Olive oil is delicious and the flavor compliments lamb, so it’s really a wonderful compromise.

The roast went into the grill and the temperature dial was set to 180ºF. About five hours later, we started a charcoal fire and put some willow sticks on top of the fire. The roast came off the Traeger at 145ººF internal temperature, which is done medium. We set it aside to rest and cool for twenty minutes while the old Weber charcoal grill got hot. It only took a few minutes to sear all six sides of the meat, including significant dark brown crunchy char on one side.

We served the roast with boiled Red River Valley red potatoes, in butter and rosemary and fresh buttered garden beets. There really isn’t a better meal. 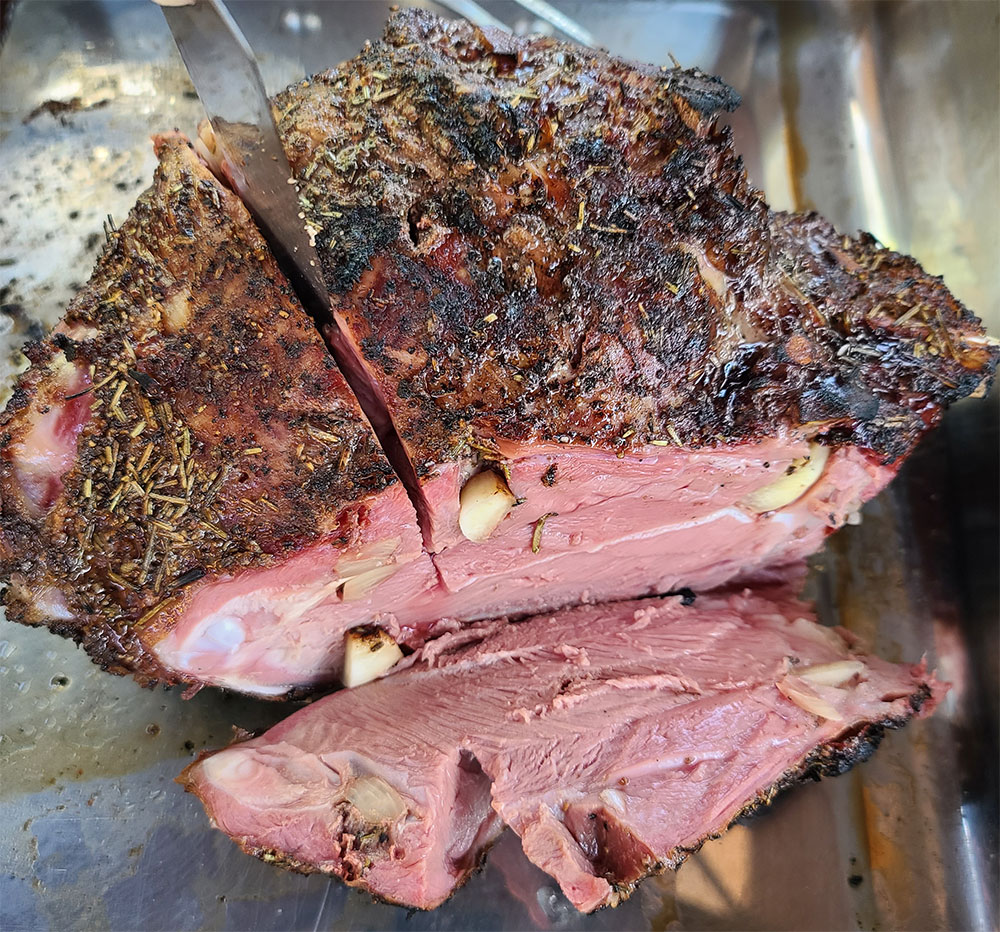 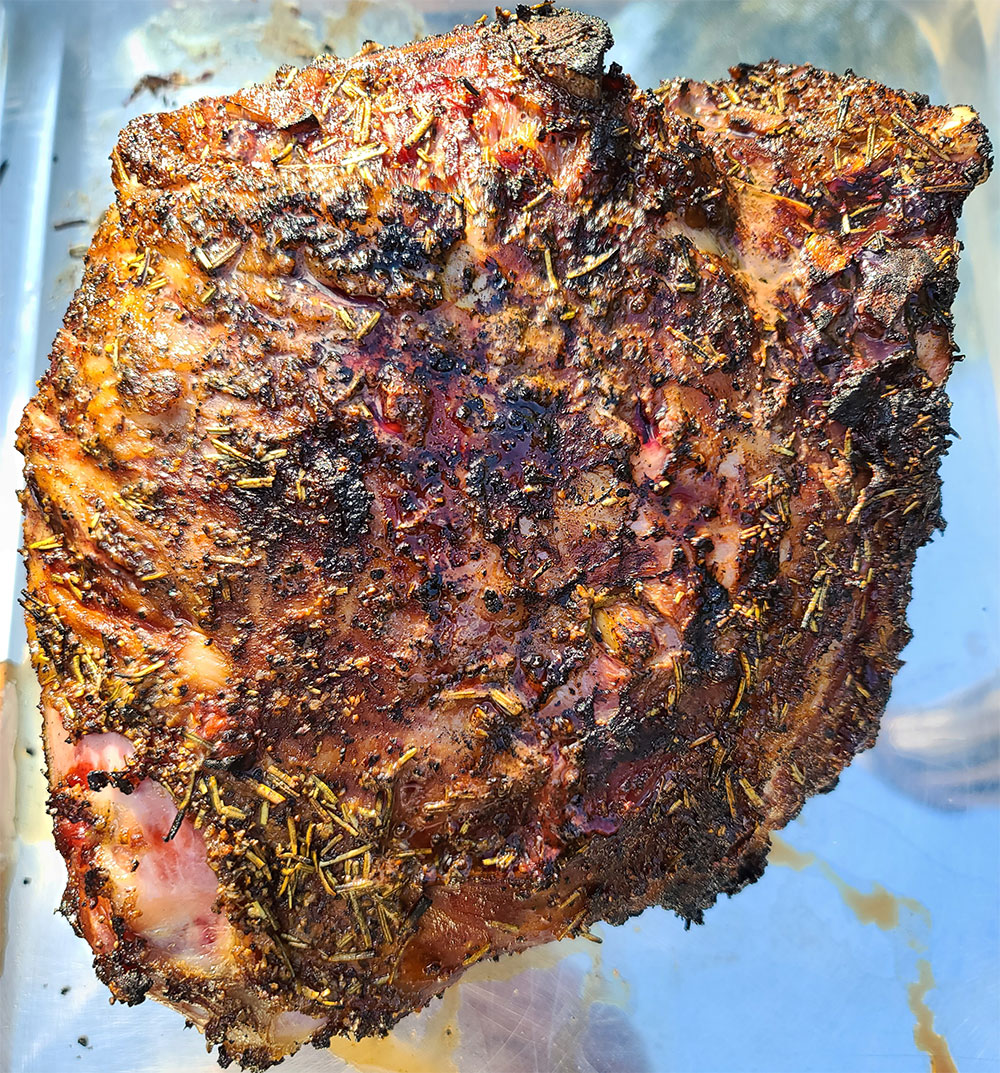 Mint Jelly (Served On The side)