The Most Smoky Delicious Pork Chops of All Time

Unexpected guests. It’s happened before and it will happen again. Maybe your in-laws are traveling the country in their camper van and arrive a couple days early for the Fourth of July. You want to be a good host, but you have no meat thawed. To a lot of people, this sounds like disaster, but actually, it is a great opportunity for smoky deliciousness.

A couple weeks ago, I was the unexpected guest at my son’s house. Of course, the good son that he is, he wanted to feed me but felt bad because he thought he didn’t have anything suitable for a grilling. I asked him what sort of meat he had frozen.

He said, “I have some beautiful pork chops from Tim Szymanski, but they are in the deep freeze and they will never thaw in time.”

I replied “That will be great. We can smoke them on the Traeger!” 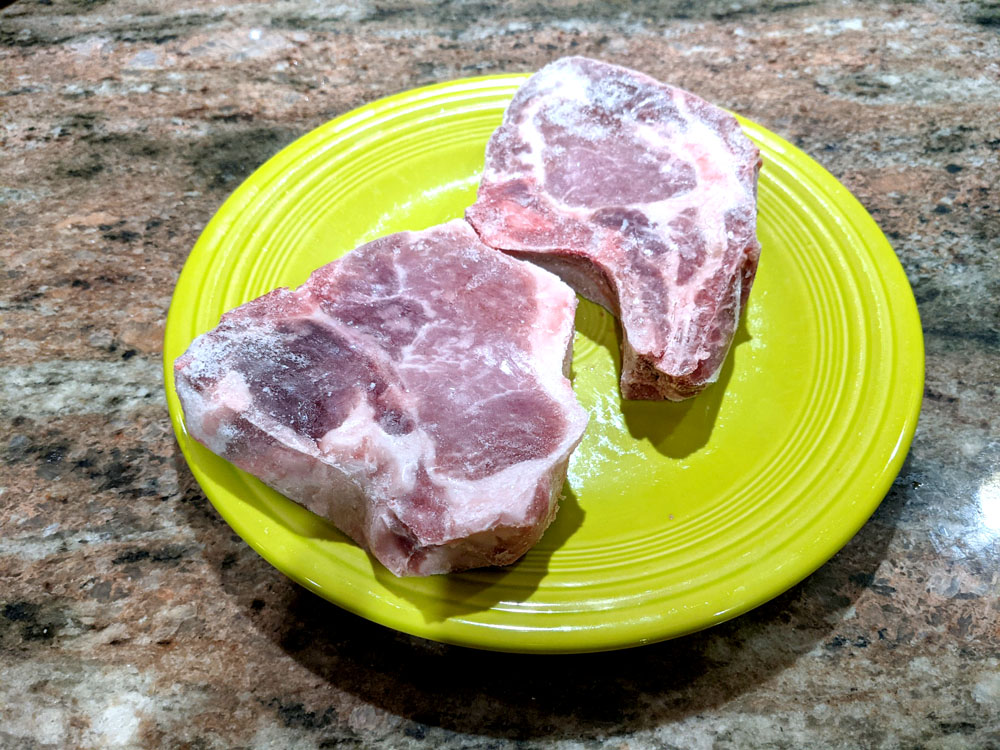 “Do you remember the Reverse Sear method that I am always talking about?” I asked him.

He said “Yeah, the one you never stop talking about.” “Well, it works just as well with frozen meat”, I replied, “except that you have to treat the salt a little differently.” 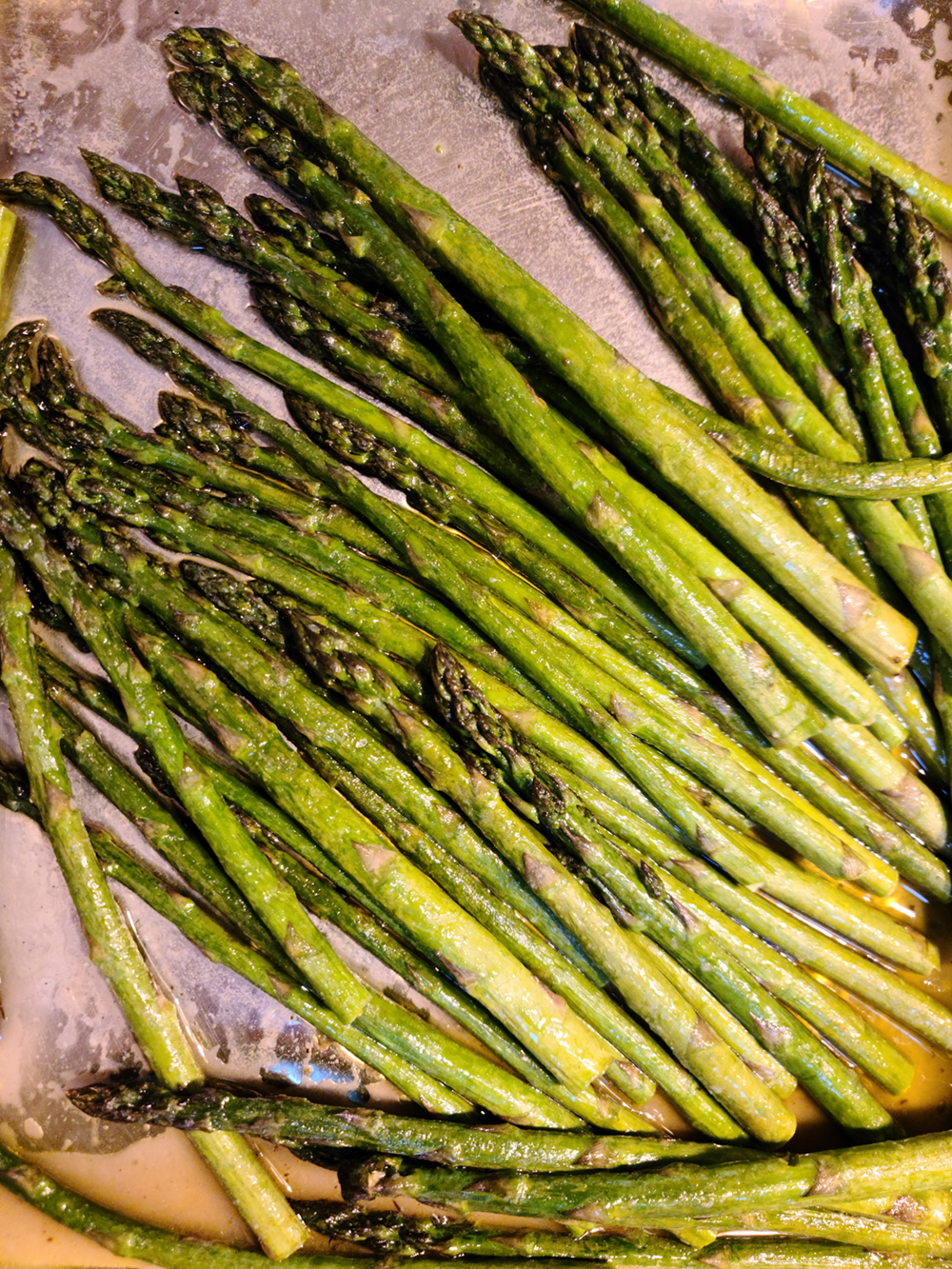 After another hour in the smoke, we turned them over and salted the other side. It was only about 15 minutes later that we took them off the heat to rest. We turned the grill up to “High” and reached 438ºF before putting the chops back inside to sear. As soon as the surface had turned a nice golden brown color, about 6 minutes in the high heat, we brought them to the table and ate right away.

They were the best pork chops I have ever eaten. The Reverse Sear method deserves a lot of credit, but Tim Szymanski raises his animals the right way. I highly recommend getting a hold of him to talk about buying some meat. At Home of Economy, we love buying from local producers and offer a free website directory service. 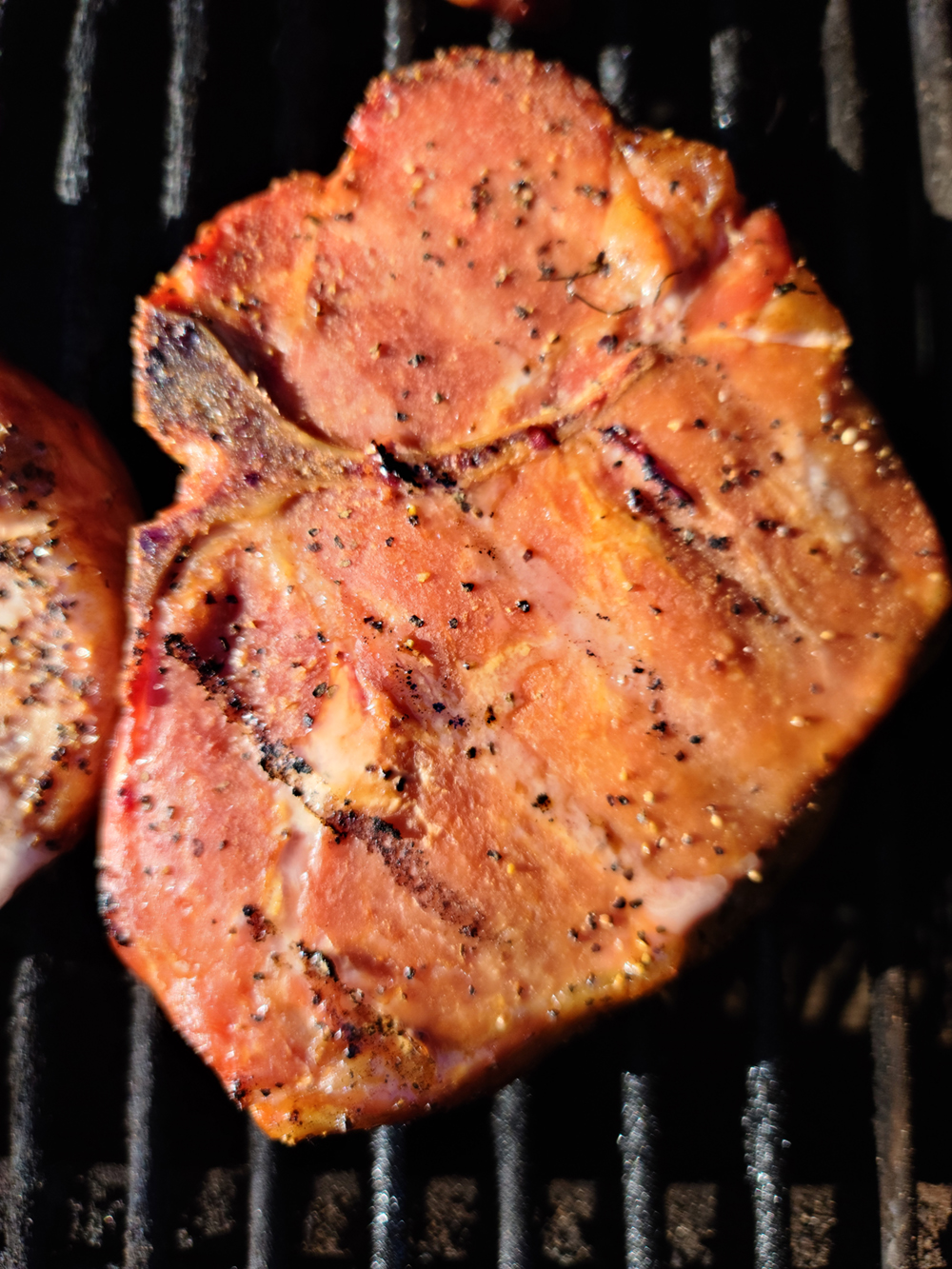 The Reverse Sear method gives you exact control over internal temperature and cooks the meat to perfectly uniform doneness from one outer surface to the other. At 180ºF smoking temperature, it takes the meat about 75 minutes per inch of thickness to get from 40ºF refrigerator temperature to 145ºF medium-done. It is important to rest for 20 to 40 minutes so that the outer surface can cool. When the rest stage is done, you sear fast and hot. The Traeger will sear on the “High” setting, but if a hotter fire is available, it is faster and actually overcooks less meat under the sear. I prefer a Lodge cast iron skillet, heated to 900 ºF plus, over a propane camp stove.

We have an online article on Reverse Sear method that explains the process in little more depth. We also recommend our temperature chart, which is available in our stores or online.

Cooking from frozen: Yes! You can do that.